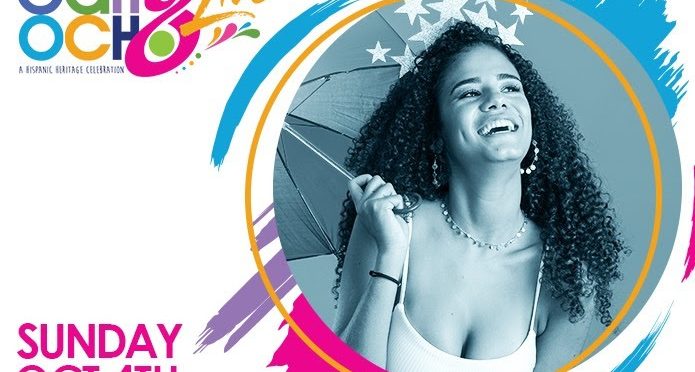 No matter what the pandemic throws against the Latino community, you just can’t keep the nation’s largest and best-known Hispanic pop culture and music festival down.

Today organizers from Carnaval Miami announced that the iconic Calle Ocho Music Festival 2020 that was previously cancelled in March will return this year on October 4th as Calle Ocho Live (www.CalleOchoLive.com) #CalleOchoLive, a live stream and broadcast TV Hispanic Heritage Month-themed extravaganza that will feature major music artists, a variety show and many creative surprises.

Executive producing the show will be RetroPop Media’s Manny Ruiz, who created Altísimo Live and Hispanicize, and Atlantino’s Ralph Paniagua, the veteran showrunner behind dozens of Latino sports and music festivals.

“In these difficult times and especially during Hispanic Heritage Month, we need a magical Calle Ocho Live to uplift the Latino community,” said Jorge Fernandez, president of the Kiwanis of Little Havana/Carnaval Miami. “With Calle Ocho Live the Kiwanis will not only help the families we serve but also showcase our festival’s 43-year pivot into a live streamed and nationally broadcast show that is more diverse, inclusive, and youthful than ever before.”

Added Ruiz: “Calle Ocho has been a launch platform for so many great artists so we’re incredibly honored to elevate this show with a virtual Calle Ocho Live experience that will make the Calle Ocho Music Festival stronger, more diverse and youthful, when it returns to the streets of Miami. We can’t wait to help take this brand into the next decade while also tapping into it’s awesome nostalgic past.”

In addition to featuring live and pre-recorded performances from top Latin music artists, celebrities and social media personalities, Calle Ocho Live will also highlight stories from the families that are served by the Kiwanis. Even though the online show is free, the event will feature a call to action for viewers to give a donation of $8 or more ahead of or during the festival to the Kiwanis at https://kiwanislittlehavanafoundation.org/donate-to-kiwanis-of-little-havana-foundation/. Supporters and large philanthropists are urged to pledge whatever amount they can.

Calle Ocho Live officially kicks off on YouTube, Facebook Live, Twitter, Periscope, and Twitch simultaneously on Sunday, October 4th with an interactive three-hour livestream experience that will include music artists, entertainers, comedians, chefs, social media influencers, and other surprise personalities. National media partners will carry the broadcast on their respective platforms, including their live stream channels, ensuring a video views and social media coverage for participating brand supporters that collectively should surpass hundreds of millions of media impressions.

Audiences at home will also have several options to get involved live on the show throughout the day with opportunities to not only win prizes, but also be featured on the show in a variety of engaging ways.